Wildlife holidays are a great way to spend your vacations. They offer a fine blend of relaxation and adventure and allow you experience the beauty of nature and wild animals closely. Not just experiencing the beauty of the reserves, exploring the villages that surround the reserves are also a great addition to wildlife tours.

Wildlife tours are just as thrilling for families with children as they are for couples on their honeymoon. Perhaps this is because wildlife sanctuaries have something to offer to everyone- wildlife enthusiasts have opportunities to spot uncommon species, shutterbugs have a splendid landscape laid out for them and the younger ones have countless fascinating sights to soak in. Those interested in different cultures of the world can learn about the lifestyles of the people inhabiting areas close to the reserves. Wildlife resorts, camps and hotels offer utmost comfort, given the rise in luxurious stay options in the sanctuaries.
Some of the best wildlife tours are in the parks of the Eastern and Southern countries in Africa. The tall grasslands and the Savannah are conducive to supporting a varying range of wildlife in this part of the world.

Kenya, Tanzania and South Africa are the preferred choices for most tourists when it comes to adventure holidays.

Closer home we have the beautiful wildlife reserves of India forests that are equally thrilling and offer a huge diversity of flora and fauna. 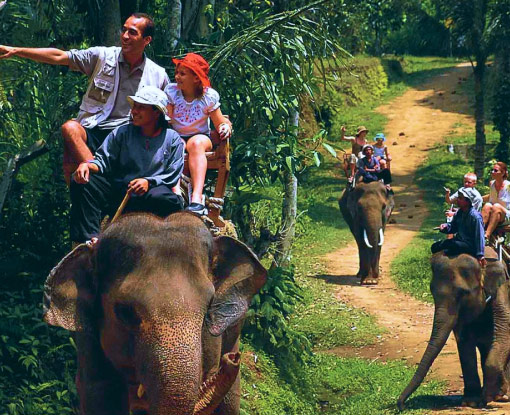 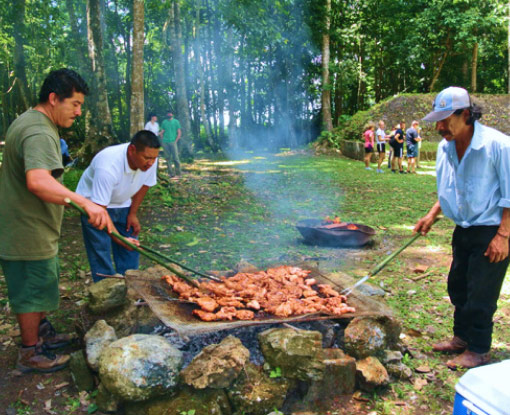 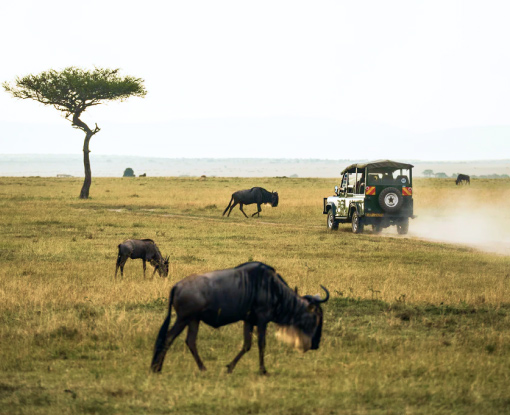 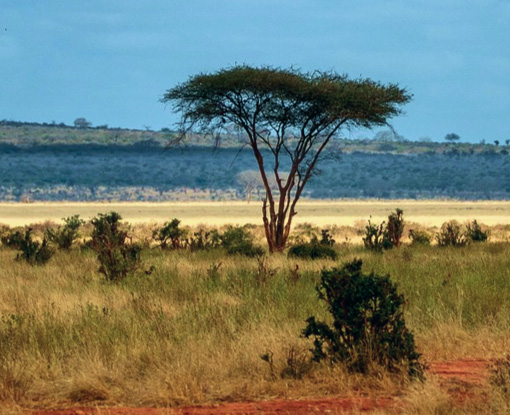 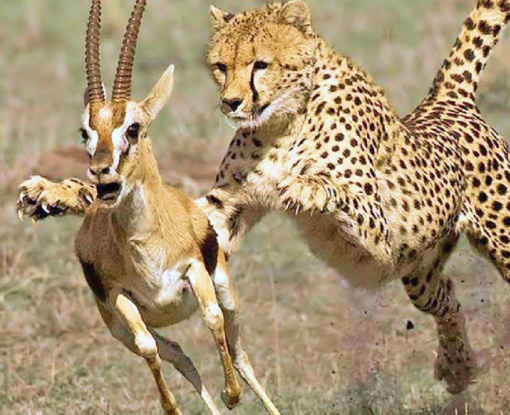 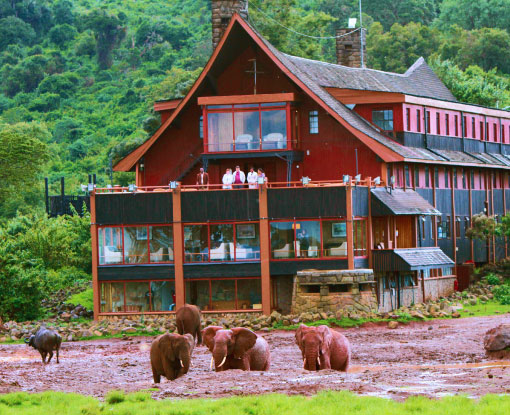 The East African country is, to most people, synonymous with the Big 5. The reserves in Kenya are the grazing and hunting grounds for innumerous species, and going on a safari in these parks affords a staggeringly high chance of spotting the inhabitants.

A wide range of animals call these parks their home. Apart from the Big 5- Lion, Cheetah, Black Rhinoceros, Bull and Elephant, one can also spot spotted hyenas, elands, impalas, gazelles, spotted giraffes, wildebeests, gerenuks, zebras and a host of others species.

The country is also incredibly rich in avian fauna, and is included in the top 15 countries globally when it comes to avian diversity. Ostriches, flamingoes, Scops Owls, Ground Thrushes, Sunbirds, Weavers, Hornbills and a host of other endemic species fill up the skies and the grounds, making Kenya one of the finest places globally for bird watching.

Wildlife enthusiasts can find unparalleled experiences laid out for them in every direction of the country. Sharing its border with Tanzania's Serengeti National Park,  the Masai Mara National Park is undoubtedly the pre-eminent sanctuary in Kenya, and perhaps even the continent. The setting of rolling hills, and uninterrupted grasslands sustain countless animals, and is the setting for the one of the most wonderful sights in the world- the Great Wilderbeest Migration.

Between August and October every year, around 1.5 million wilderbeests and hoardes of other herbivores like zebras, gazelles and elands try to cross the Mara River to enter the Masai Mara Park from the Serengeti in Tanzania. The subject of many wildlife documentaries, the Great Migration is an odyssey that narrows down to the concept of the "survival of the fittest''. Witnessing it is a moving, awe-inspiring and exciting experience that leaves an indelible mark on spectators.

Did you know that BBC's celebrated documentary "the Big Cat Diaries" has been shot in the Masai Mara Reserve?  This reserve is one of the only places in Africa that hosts all of the big five species, and affords a high number of sightings. It is said that the lion is as high in number in Masai Mara as the common antelope, and not a lot of effort is required to spot them amidst the savannah. The rarest of the lot is the rhino and guests who manage to see them are really fortunate.

Masai is also a great place to enjoy nature walks. Requiring active participation and led by an experienced host armed with safety equipment, guests are taken around trails that are not frequented by the predators, so as to see other animals like elephants, giraffes and antelopes from a close range. This activity also allows one to see the insects of the reserve up close, an aspect that cannot be enjoyed within the confines of a safari jeep.

Another way to soak in the essence of the reserve is to go on a culture tour. The Masai People are semi-nomadic and have lived in the forests for over a century and have formed a congenial relationship with the wild. They allow visitors to witness their lifestyle- ranging from their methods of cooking to their dances and songs.
About 90 kilometers outside the capital city of Nairobi lies the Hell's Gate National Park, which offers an vastly distinctive safari experience- here, one can explore the sanctuary on a bicycle or on foot! With stunning rock climbing and hiking opportunities his park is especially loved by those who prefer having an active vacation.

The animals that are commonly found here are zebras, antelopes and giraffes. Being out of a motor vehicle puts one closer to nature, and visitors who have experienced this have never been disappointed.

The park is also known for its unique geographical elements, including its geothermal springs and hiking is the most common way of exploring them. The Olkaraia Geothermal Spa on the western side of the park allows visitors to enjoy a soothing swim in its geothermal waters.

Other notable places to visit in Kenya for a wildlife holiday include Nairobi,Tsavo and Amboseli National Parks.

Sharing the Kenyan border is Tanzania, and the country is as rich in its wildlife as its neighbour. The highlight of Tanzanian Wildlife tours is the great Serengeti National Park, but given its similarities with the Kenyan Masai Mara (with which it shares a border), we will consider another gem here - the Ngorongoro Conservation Crater.
The Ngorongoro is home to the world's largest intact volcanic caldera, and the naturally enclosed area supports an immensely diverse ecosystem. Fondly called the Garden of Eden because of the huge number of creatures it supports, wildlife tours to the crater are always rewarding.

The Big Five are found in good numbers in Ngorongoro, and you also get to see the Hartebeests, Wilderbeests, Waterbucks, Zebras, Crocodiles, Hippopotami, Jackals and Cheetahs. Birds such as flamingoes, cranes, Kori bustards and African cytrill sights can be spotted easily from around the crater too.

Visit the Lerai Fever Tree Forest to see rare varieties of the Acacia trees that are frequented by herbivores like the Black Rhino, elephants, bushbucks and innumerable birds. Another interesting activity in Ngorongoro is taking a hot air balloon ride over the crater, as this affords splendid, expansive aerial views of life within the crater. Guests who visit during the Wilderbeest migration season almost never miss out on the rides that allow them to see the synchronised movements of the massive packs.

Ngorongoro is one of the best places to enjoy the glory of the Tanzanian wild, with a high concentration of species populating the crater. However, being close to the Serengeti, one can choose to travel from Ngorongoro to the northern circuit of Tanzania's parks, which includes the Serengeti, Maynara and Mount Kilimanjaro to make an unforgettable wildlife holiday in the country.

The wildlife experience in South Africa is unmatched - the terrestrial, avian and marine ecosystems can all be explored here. Besides the Big 5, you will find here the white rhinos, giraffes, cheetahs, wild dogs, baboons, warthogs, zebras, blue wildebeests, duikers and springboks.

The waters surrounding the country on three sides are home to rare aquatic species. Hermanus is a clifftop town offering spectacular views of the sea and unparalleled whale watching opportunities, and one can do this from the shore itself without getting their feet wet!

The country is also rich in avian diversity, and a large portion of the population is endemic to the region, making it an important birding destination. The ostrich and the kori bustard are the headliners for most birding trips, and parrots, rollers and waxbills are found in hefty numbers. November to March are the best months to spot exotic birds, as a host of migrants fly to the country during these months. Moreover, these southern summer months are the breeding season for the birds, and their vibrant plumes are on maximum display.

One of South Africa's frontlining wildlife sanctuaries is the Kruger National Park, that spans 2 million hectares of dense savannahs that shelter a sweeping range of wildlife. The park is as big as Israel, and it is no surprise that a good deal of planning is required to get the most out of the time spent there. Kruger is divided into different areas, and each area has something different to see. For instance, bird watchers tend to go to the far north corner of the park, while those who seek to see the Lion stick to the central areas.

Kruger is a great choice for families and couples, as the park allows guests to enjoy safaris from the comfort of luxury resorts. The numerous museums in the reserve add an educational element to vacations, and the cultural heritage and historical sites are fascinating. Kruger allows visitors to explore the best of South Africa.

The search for India's national animal, the Royal Bengal Tiger, ends in the central state of Madhya Pradesh, which has some of the largest tiger reserves in the country. Bandhavgarh National Park is one such place, and it wears the crown for being the home to the highest concentration of tigers in India. Kanha National Park and Pench National Park, both in the same state, are impressive sanctuaries that have been immortalised in Kipling's The Jungle Book. The parks also have a good population of other animals including the chital, the barasingha, the leopard and the sloth bear.

Wildlife tourism is a fast growing tourism avenue in India, and the hotel industry has kept pace with this growth. Visitors have the option to stay in luxurious resorts while on tours, allowing them to not leave comfort behind when they enter the reserves, making India one of the premier places to enjoy the wild.

To most people, wildlife holidays are the most enjoyable ways to spend their vacation. Being amidst the forests and in the company of animals, away from the pressures of urban life is a refreshing and rejuvenating experience. Wildlife and nature lovers are particularly fond of these tours. It is no wonder that the popularity of these tours are growing steadily, and the countries selected in this article ensure that their guests go home with a bag full of memories. 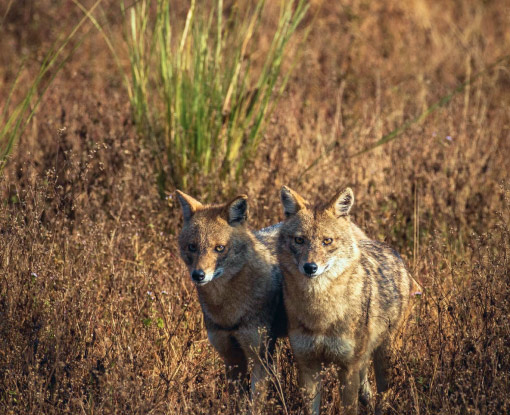 Kenya is a land of abundantly rich wildlife, and offers an equally rich culture and adventure experience. So, for your next holiday destination, think no further! Explore Flying Squirrel Holidays’s African Safari packages from India and customise your very own Kenya tour package from India OVERVIEW TOP ATTRACTIONS THINGS TO DO PLACES TO VISIT ITIN...

Situated in the African Great Lakes region, Tanzania is a perfect blend of beauty and adventure. With a mix of savannahs, a snow-capped volcano, lush forests, game drives and scuba diving in the Indian Ocean, Tanzania makes for a perfect holiday destination for you and your family. Experience nature's best-kept secret by booking a Tanzania tour packagefrom India with... 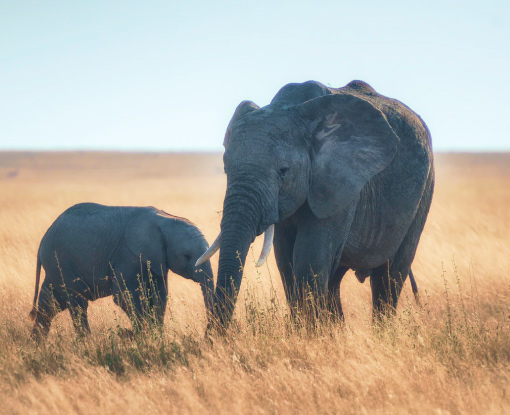 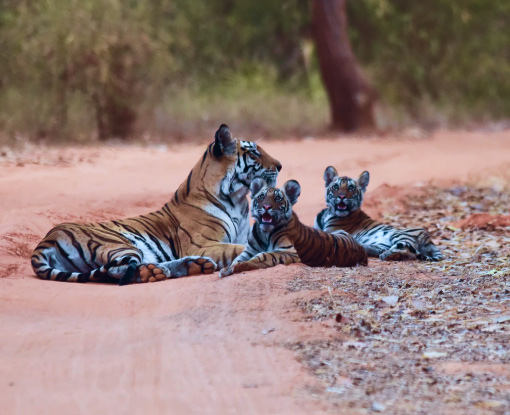 Kanha, set in the heart of Madhya Pradesh offers you an escape into a rich wilderness, inspiring you the same way it did Rudyard Kipling for his book, “The Jungle Book”. Traverse the wilds of Madhya Pradesh with a visit to the Kanha Tiger Reserve or the Kanha National Park which spans over 940 sq. km All of which can be explored from the comfort of a jeep with the... 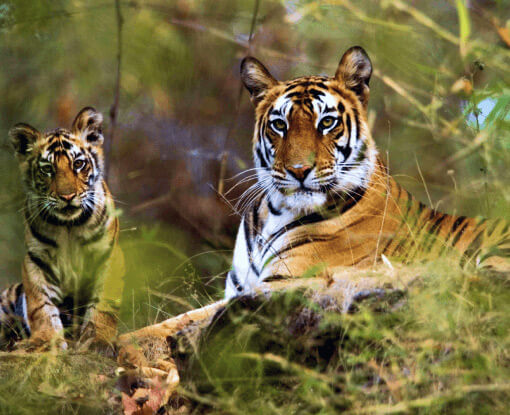