From the magnificent urban wonders of Manhattan in the USA in North America, to the natural wonder of Pantanal wetlands of Brazil in South America, the continent of America has an intriguing appeal of contrasting mysteries to unravel.

To take you through this unravelling journey, we at Flying Squirrel Holidays have an American Continent Tour Packages plan ready for you which we will customise to suit your tour to the American continent.

Set out for the continent of America and leave the hassle of planning and arrangements to us. We at Flying Squirrel Holidays have planned the American Continent Tour from India which we can customise for you.

Separated by the isthmus of Panama into North America and South America, the continent of America is an enormous landmass composed of 35 sovereign states spread over hugely bio-diverse geographical areas.

Travellers will find the humungous expanse of the land and its massive diversity a challenge to plan and an allurement to visit at the same time. To help you meet the challenge, we have various vacation packages for you which we can customise.

North America spreads from Panama strait up to the northwest tip of Alaska and to the enormous island of Greenland halfway around the world. Predominantly identified with Canada and the USA that cover 79% of the land between them, it comprises of 23 countries including Mexico and the Caribbean islands of Cuba.

A visit to the continent of America is to a large part a visit to the United States of America. Overwhelming sky-scrapers, glittering streets, dazzling squares, landmark bridges and iconic statues make up the wondrous cities of USA, an aspirational country for people the world over. New York City is the most prominent among them.

When it comes to urban structures, Washington DC is no less with its imposing monuments that are seats of global power and are both stupefying and stimulating at the same time to look at.

The US is also a fun place and an entertaining place to be. Talking of fun, nothing anywhere matches the Walt Disney World Resort with its exciting theme parks and the fun characters it has given to the world.

And while you are at fun and entertainment, Las Vegas is one of its kind. The uninhibited pleasure of casinos and nightclubs. Undoubtedly, the United States of America is the engine drawing tourists from all over the world to the continent of America. Our American Continent Holiday Packages will help you not to be left behind.

Mexico, always a favourite with the Americans, is now drawing tourists from far and wide. The Aztec and Mayan sites are a curiosity the world wants to unravel. The colonial cities of Mexico have an old-worldly charm that seduces the world.

The beach resorts of Mexico have a sensuous charm that can make the visitors come back again and again. The cultural festivals of Mexico and its temperate climate make it a place at once soothing and throbbing.

Canada draws the world to the continent with its breath-taking Niagara waterfalls and its ski-resorts. With picturesque sceneries spread all over the country, Canada rightly deserves to be called a natural beauty.

Cuba, with its bewitching beaches and lazy colonial towns, is gaining tourists in droves.

South America located to the south of the Panama strait, is the landmass bordered by the Atlantic Ocean to the East and the Pacific Ocean to the west.

Brazil, Argentina and Peru are among the most visited of the twelve countries that comprise South America. The region boasts of Pantanal tropical wetlands, enchanting rain forests, fabulous sandy beaches of the Caribbean and Pacific coasts and awe-striking glaciers and icebergs.

Amazing wine regions, swiss like villages and well-preserved colonial architecture are a soothing getaway for visitors running from their hassled lives.

At the same time, the vacationers get to experience the exceptional art and culture, vivacious cities with hot nightlife and passionate tangos. And if the time is right, the famous throbbing carnivals too. 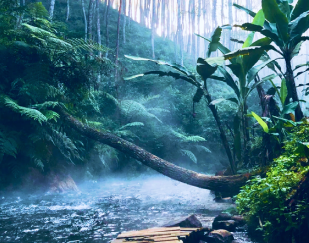 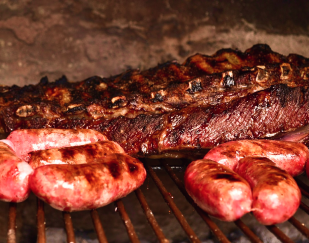 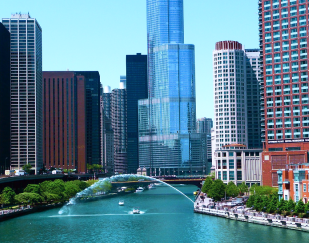 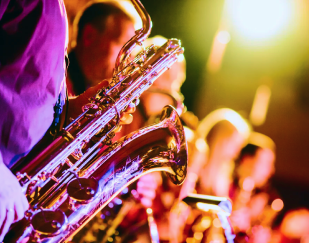 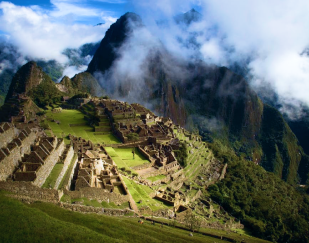 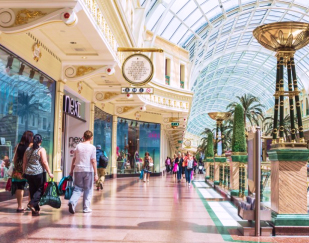 A hop-on-hop-off bus tour of the city on the upper deck of an open bus is a major attraction. A ride through the Manhattan with hulking tall sky-scrapers and walking on the scintillating Times Square lined with dazzling advertisement billboards are experiences unique to the city.

A boat cruise to the Statue of Liberty, a walk over the Brooklyn Bridge and city view from the height of One World Trade Centre is a must-do while in the city.

Walt Disney World Resort, comprising of four theme parks, two water parks, more than twenty Disney Resort Hotels and endless other recreations, is an attraction for tourists of all ages.

Thrilling rides on Space Mountain and Big Thunder Mountain Railroad at the Magic Kingdom Park are loved by the children and adults alike.

Epcot, dedicated to innovative technology is another popular theme park at the venue. Meeting Disney character during the afternoon parade is adored by the children.

Hollywood needs no introduction. Arguably the most dominant conductor of America’s influence on global culture, it’s a place that fascinates people the world over. Hollywood Boulevard, Beverly Hills and Universal Studios are a major attraction among tourists visiting America. Wizarding World of Harry Potter is a new addition to these attractions.

An escorted tour inside the Universal Studios that lets you into moviemaking from close quarters is a big hit. A walk through the Walk of Fame or a twenty minutes ride on a Ferrari through the Hollywood Boulevard up to Sun Set Boulevard is unmissable.

The first image that pops up with the name is casinos. Vegas stands for gambling, fine dining, shopping, night clubs, fun and entertainment; and also a lot more of giving in to impulses and cravings.

A walk on the road called The Strip lined by casinos, hotels and clubs with dazzling neon is an exciting one. Or you can take a helicopter ride over the boulevard. You really have to let yourself go at the Vegas.

Smithsonian’s Air and Space Museum has an unbelievable line-up of original artefacts from the history of flight and space exploration. The second most visited museum in the US and the fifth in the world, it has the Apollo 11 Command Module too which makes it a favourite with the visitors.

The Grand Canyon National Park, drawing over five million visitors every year, is one of the most popular tourist destinations in the US.

Spread over an area of 4,446 sq kms, on the Colorado river and adjacent lands, it is the favourite destination for adventure, hiking, tramping and boating. The width and depth of the Canyon itself are staggering to look at.

is the collective name for three waterfalls at the border between the US and Canada. The ferry rides there take you close to the thunderous waterfalls. The fall creates a mist around it which makes it all the more beautiful. 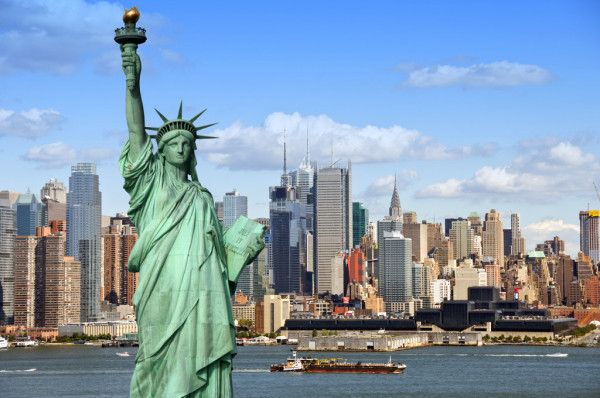 With 50 glorious states celebrating incredibly varied landscapes and cultures, there are so many reasons to visit the ever-fascinating United States of America. People from all over the world come to the USA, some even stay back to call this place their home. With its natural wonders and its unique, sometimes even surprising lifestyle, you should explore this country...

Canada is the second-largest country in the world and the expanse is mostly empty wilderness. That is its allure. Also, it has goats on the roof. Quaint. Beyond the cities of Toronto, Ottawa and Montreal and nature’s wonder of the Niagara Falls, the sparsely populated Canada is a vast spread of never-ending pristine lands, stunning snow-clad mountains, mysterious an... 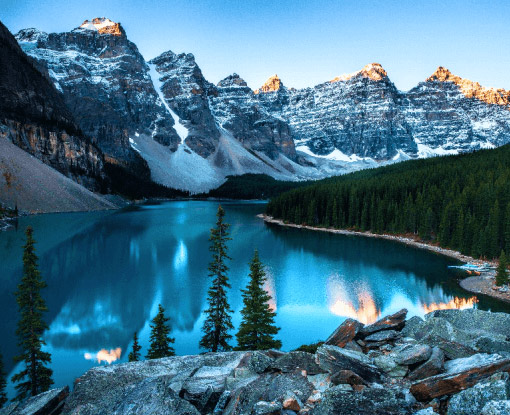 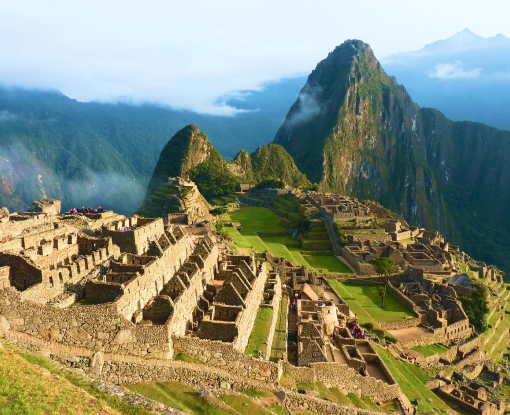 The mystical land of Peru evokes a sense of mystery adventure and remoteness in the minds of the traveller. It is a land of contrasts where both modern and ancient, rich and humble, elegant and rugged reside side by side in a harmonious blend. Peru, for reasons more than one, has been a top bucket list destination for millions of travellers. This South American gem ex...

Brazil immediately casts a magical spell on the minds of the traveller. This South American country is a paradise of white sand and deep green forests, happening beaches and lively warm cities. With 7,400 kms of pristine white beaches on the east and the dense Amazon rainforests on the west, cities lined with architectural marvels to an eclectic ensemble of street fo... 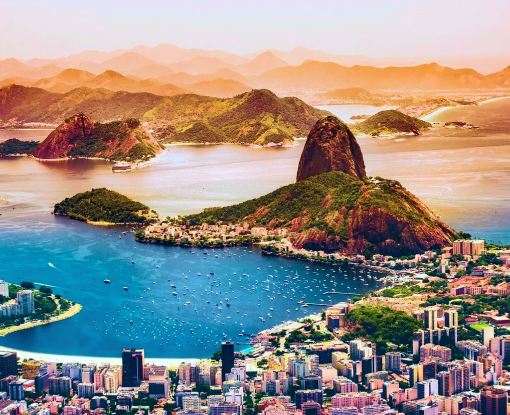