East Europe is the new buzzword in tourism. And it is said to be weaning away travelers from the UK, France, and the rest of West Europe. Having parity in the wealth of culture, the grandeur of the monuments, the charm of the town-squares combined with exotic landscapes and nightlife, East Europe is getting its due place at the high table of tourism.

We at Flying Squirrel Holidays have designed Eastern Europe Tour Packages from India that we can customize for you. With professionals having years of experience in the field, we pick the trends fast, plan smart and get the best travel deals before the crowds join in. Be ahead and set out for the journey you always aspired for. The smart way.

East Europe is a vast region comprising of 18 countries from Germany in the West to Russia in the East. The Czech Republic is the westernmost country of East Europe, Albania the southernmost, and Estonia furthermost to the North.

Largely landlocked with the Baltic Sea in the North and the Baltic and Adriatic Seas in the South, the region has very little access to the ocean bodies and has little coastal life to boast of. The lowlands in the North and the mountains like the Alps in the south are the defining features of its topography. Danube river is the most prominent of the many rivers flowing through the region.

The cultural, religious, and ethnic diversity of the region and within the countries of the region is very prominent. So much so that different groups take umbrage for clubbing them together as East Europe for different reasons.

Belarus, Poland, Hungary, Moldova, and Russia are culturally the most distinct among them. Notably, Poland and the Czech Republic are geographically Central European countries but in common parlance are referred to as East European as they were on the other side of the iron wall before the cold war ended.

The presence of a multitude of cultures and religions within a country; the infusion of culture from one country to another and the strong ties that a country maintains with the concentrated minorities of its own in the nearby countries, is a source of major conflicts in the region. At the same time, the same diversity within a country in terms of culture, festivals, and cuisines is endearing to the tourists who land up in the region.

A tour to the East European countries spread over 18 countries would therefore entail short visits to a few of the major places of tourist attractions in one or two countries at a time with the nearby places of interest thrown in.

Sofia in Bulgaria, Warsaw in Poland, Budapest in Hungary, Tallinn in Estonia, and Transylvania in Romania are some of the places to anchor in to soak in the areas around. Some would be surprised that Croatia, at over a million tourist beds available and in the number of nights spent by tourists there, beats all of them according to the figures put up by the European Commission in 2018. Dubrovnik, in Croatia, is a good place, to begin with.

Among the two, the cities of Moscow and St. Petersburg in Russia are tourist destinations for an extended vacation in themselves. Other major centers to dock at are Prague in Czech and Budapest in Hungary.

East Europe is an around-the-year travel destination if you pick the right places. The climate in the region is generally the coldest in December and January and hottest around July and August. The perceived temperature however is generally cold throughout the year. Snow weather is found around March when fresh powder is the deepest. Autumn between September to November and Spring around March is preferred by most to travel to Eastern Europe.

Historical cities, splendorous architecture, museums and galleries, town squares and castles, churches, and cathedrals make the cities in the region an irresistible draw. Baroque, gothic, classical, neo-classical, a plethora of architectural styles and magnificence to marvel at. Prague, Moscow, St. Petersburg, and a host of other cities stand in majestic pride of their monuments.

Smaller cities add to the allure of the countries in their own seductive ways. Old squares, cobbled-stone streets, cafes, and bars in cozy corners are love affairs at first sight. Vilnius, the Lithuanian capital, and Minsk, the Belarusian capital, are just two among the many.

And, even if you do not actually encounter Count Dracula in his mythical abode, the region of Transylvania in Romania conjures its own medieval aura about it.

Emerald lakes, spouting waterfalls, surging rivers, and Alpine greens are the magnetic pulls of the mountain retreats. Natural beauties like the High Tatras mountains on the northern borders of Slovakia and Lake Ohrid, Europe’s oldest lake, on the borders of Macedonia have their coequals scattered all over Eastern Europe.

The boardwalks and hiking trails in the national park with terraced lakes in Croatia are an overture to the curious to fasten their exploratory boots.

Truly, East Europe is among the most fascinating place to go vacationing.

Eastern Europe tour from Flying Squirrel Holidays is the best idea you ever had for your travel to these beautiful countries.

East Europe lives up to its promise of providing a memorable journey to cherish for all disposition.

Helping you at every step will be the Flying Squirrel Holidays with its unbeatable experience in organizing a customizable international tour.

Take a look at our Europe holiday packages and you will thank yourself you did. 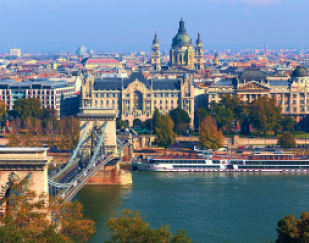 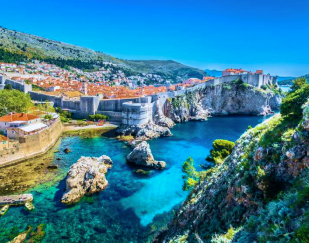 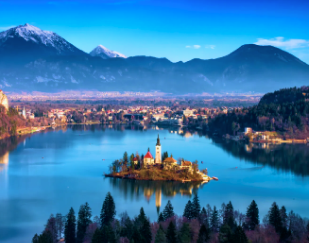 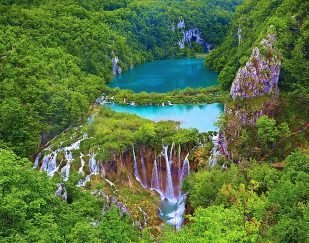 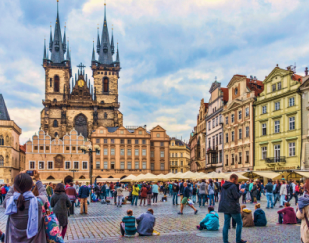 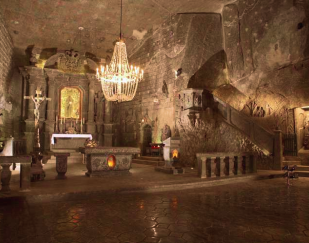 PLACES TO VISIT IN EAST EUROPE

Colourful onion-shaped domes of the Saint Basil’s Cathedral, straight out of fairy-tale land, next to an expansive Red Square with the might of the Kremlin wall in its proximity make Moscow a must-visit for a family holiday.

The classy extravagance of the 200 years of Tsarist rule is on splendid display in St. Petersburg. The pompous and elaborate palaces, the monuments, the cathedrals and the gardens make it a go-to place in the country.

Swelling with eateries, bars and nightlife, Prague the ‘city of 100 spires’ stands tall with its fabulous spires soaring into the skyline. Renaissance, baroque and gothic architecture of the constructs, the spread of the old town-squares and the 9th-century castle are some of the enticements to the city.

An evening at the opera and the much-fancied thermal baths are just a few digress at the Hungarian Capital of Budapest with its lofty spires of the Parliament Building; an irrefusable invite.

At Warsaw, the capital of Poland, the Old Town Market Square tracing its history to the 13th century gives a glimpse of the rich history of the city. Old marvels of the city like Royal Castle and Wilanow Palace is complemented by the modern Palace of Culture and Science.

Museums and galleries, restaurants and nightclubs. This young-at-heart city of Sofia, the capital of Bulgaria, takes in its stride the landmarks and architecture representing 2000 years of intruders and settlers in the country.

“Game of Thrones” is not the only reason for the immense popularity of Dubrovnik, the walled city on the southern coast of Croatia and the filming location of the series. Medieval walls, lofty battlements and enormous gates of the fortification take its visitors to a period long gone by. Fantasy and history in the vicinity of beaches and islands make Dubrovnik a definite go-to place in Eastern Europe tour package from India.

Smaller cities have their own flirtatious charm. The Estonian capital of Tallinn, a 14th-century town is a seductively cool place with fashionable bars and restaurants you can’t resist.

Snowy slopes and the rugged range of High Tatras in the Carpathian Mountains invite skiers and hikers to its folds. Macedonia invites to its beautiful Lake Ohrid, the deepest and the oldest in Europe, with mountains and monasteries and pretty villages in its periphery. Slovenia isn’t behind in its lure having Lake Bled with an island sitting inside the lake with a castle on the high cliff overlooking it.

The region of Transylvania in the central part of Romania conjures a mysterious medieval feel that explains the Dracula stories around it. Surrounded by the Carpathian Mountains, the region is dotted with numerous got-to-visit small and quaint corners.

Cities, towns and villages, places of natural beauty, hiking, sailing and walking trails; they are too numerous to enlist. Albania for its Butrint National Park and Hungary for Lake Belton are the places beckoning with their natural beauty. The cute towns of Cesky Krumlov in Czechia, Mostar in Bosnia and Krakow in Poland are the other towns of interest. Latvia for the Art Nouveau architecture at Riga is another place to visit. Bratislava, the capital of Slovakia, is drawing tourists to its Grassal kovich Palace.

You are never short of choices to plan for your East Europe holidays.

If you are scouting for a holiday package specifically crafted for an easy travel through photogenic locales, big cities and cultural and educational sites, then we have Europe tour packages for family. There is a package for group tours too.

Tour cost, air ticket cost, accommodation cost; they are a bother even before you set out on a holiday and can leave you with unpleasant taste after your journey. Leave it to the professionals to work out the best deals for you.

Here is a customisable sample East European tour itinerary which you can download.

Arrival. Transfer arranged from the airport to the hotel in Budapest. Afternoon to do your own things. Accommodation in Budapest.

City tour of Budapest and Danube river cruise. Indian dinner and then transfer to the hotel. Accommodation in Budapest. For those interested, Budapest has fantastic nightlife which you can enjoy on your own. Travel from hotel to places of choice and back will be arranged on a paid basis.

After having your breakfast early, you will be leaving for the city tour of the Slovakian capital of Bratislava located along the river Danube. City tour in Bratislava. Dinner in Bratislava and then transfer to the hotel in Budapest. Accommodation in Budapest.

Check out from Budapest. Arrival in Prague in the afternoon. Evening at leisure in Prague city. Dinner at an Indian restaurant and then transfer back to the hotel. Accommodation in Prague.

City tour of Prague and back to the hotel for dinner and stay.

Departure day. Transfer to the airport for a comfortable flight back home with memories of the excursion to cherish.

Cost of a trip depends on destinations you plan to visit, the duration of the stay, the class of travel and accommodation and the inclusions you seek. We have years of experience in conducting European tours. Let us at Flying Squirrel Holidays get the best deal for you.

What is the best month to go to Europe?

Europe is a destination that can be visited throughout the year depending on the destination you are planning to visit. Generally, though, June to September is preferred for sunny bright skies and warm beaches.

How to plan a budget trip to Europe?

Planning early and approaching professionals for help is a smart way to plan a budget tour.

Which is the cheapest destination in Europe from India?

Largely untouched and therefore very enticing, Romania is the cheapest destination in Europe from India.

A wonderful bouquet of fascinating medieval towns and bold contemporary nightlife waits for you in East Europe. East Europe tour packages from India are the smart solution worked out by Flying Squirrel Holidays to take you there.

Join our mailing list to receive the latest updates on Eastern Europe Tour Packages from India and the latest offers!