As you gasp at the sight of beautiful Bagan dotted with thousands of temples and illuminated by the golden rays of the setting sun, you know that you have seen a slice of Myanmar. The Irrawaddy cruise or a glimpse of Yangon’s colonial architecture or the azure blue of the Inle Lake simply fits like the pieces of a wonderful puzzle known as Myanmar. You never know what’s in store for you until you dig deep into the depths of this strangely beautiful land. And here goes a bunch of handful of things which you cannot afford to miss while you are in Myanmar!

The treasures of a lost era

Almost 90 per cent of the buried treasures of the sea have found their places in some of the prestigious museums of the world; but a handful of 10 per cent still remains secretly hidden under the coastline of Myanmar. Myanmar is known to have a vibrant history of maritime trade; along with it, the country has quite an infamous history of piracy too. Many of the ships which were either attacked by pirates or drowned by storm have disappeared triggering the interest of divers who are looking for shipwrecks which were largely undocumented. One such place which has piqued the interest of bounty hunters and adventurers alike is Lampi Island. Another place known as Mergui Archipelago in the southernmost coastline of Myanmar has plenty of unexplored shorelines can surprise you!

Melange of old and new: Yangon at its best

Yangon is one place which can truly boast of the mix of the old and the new; here pagodas and temples co-exist in peaceful harmony with colonial buildings, and age-old customs still play a vital role in the life of the people despite of all the technological advancements. Among the many beautiful and unique features of the city, one can hardly forget the vintage cars which are lovingly maintained by their owners, bearing a living example of the glorious colonial past of the city. The Le Planteur Restaurant, which is one of its kind, is known to offer a vintage ride for its guests from their hotel to the restaurant. And if you really want to have a taste of the vintage, then you might plan your visit around the Burma Road Classic.

And before you embark on this lovely journey known as Myanmar, you can just stop and look at Bagan. Monument-building has taken the form of art and with more than 2000 monuments still remaining intact; it is hard not to gasp at the eternal beauty of the place. In the older days, Bagan was known as the citadel of advanced study attracting monks and students from all over south-east Asia. 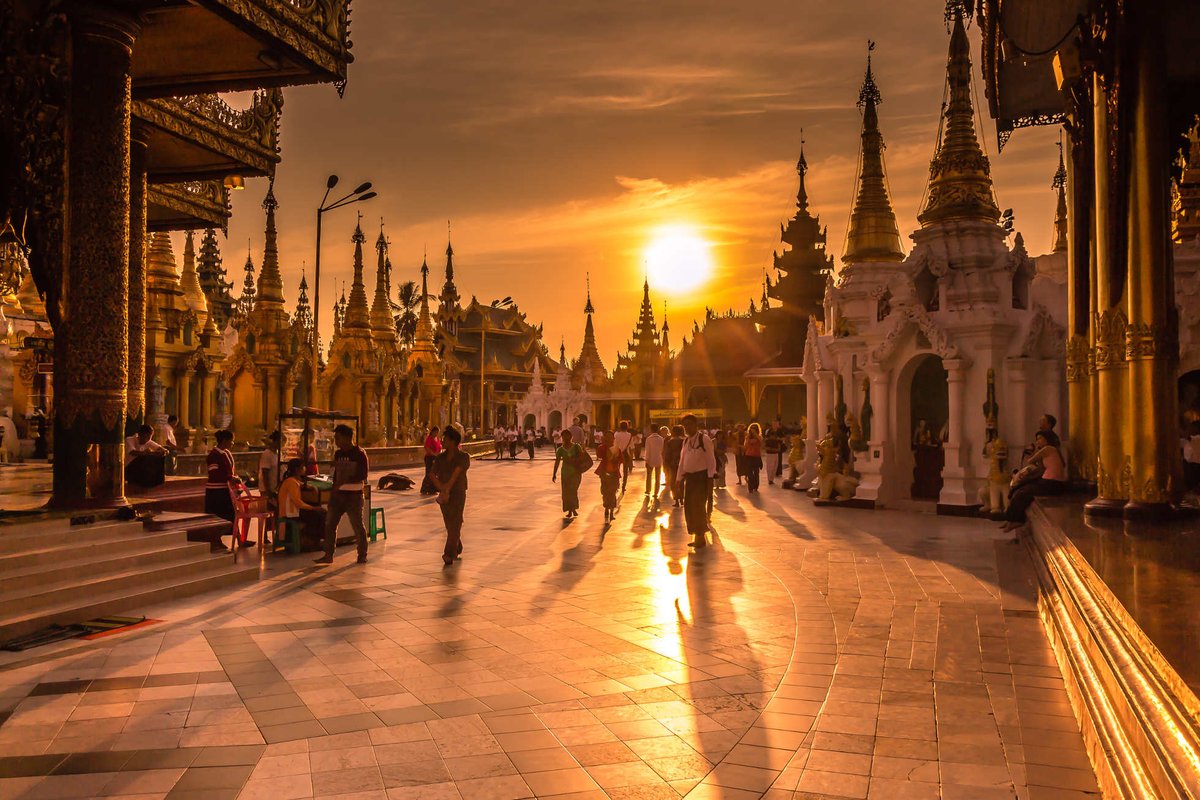 Buddha’s remains are found in many of the pagodas and temples, and parts of his collarbone are still found in Shwezigon Pagoda of Bagan.
Life in Myanmar will remind you of an old black and white favourite classic; but in many ways it has adopted the ways of the world too. It is probably this interesting mix which makes Myanmar a favourite among tourists!