Yoga is an inherent part of Indian culture. Yoga was commenced in 5000 BC in India. Yoga is tied to ancient Indian philosophy and has engaged practitioners from around the globe. Yoga is important for every individual and has the power to nourish the body and bring peace to our lives. In some amazing places in India, several courses will teach you about health, wellness, and different types of yoga. In India, yoga is not only based on bending or twisting your body, but also on philosophy, meditation, and breathing. It’s time to roll your yoga mat and book a yoga retreat in India to disconnect yourself from your monotonous life and discover the beauty of yoga.

India, the birthplace of Yoga is filled with many blissful yoga retreats where you can learn different forms and postures of yoga. Several yoga retreats in India are founded by the gurus and there are also some ashrams where you can go for a yoga and meditation tour in India and care for your wellbeing. Various styles of yoga are an amalgamation of physical postures, meditation, breathing techniques, and relaxation.

Yoga is popular for its poses and postures, but they were not the main element of the yoga traditions in India. Fitness was not their primary goal. They instead focused on other practices such as increasing mental focus and dilate the spiritual energy using breathing methods. The tradition of fitness began to gain demand in the 19th century in the west. People gradually started getting interested in yoga in the 1920s and 1930s, first in India and later in the west.

To convey the yoga sessions to the public, they have come up with six branches of yoga namely Hatha Yoga, Raja Yoga, Karma Yoga, Bhakti Yoga, Jnana Yoga, and Tantra Yoga. If you have a specific goal in mind, then choosing the branch will be easier.

There are many styles and types of yoga, all of which are authentic and helps to boost your physical wellbeing. The different types of yoga are Ashtanga Yoga, Bikram Yoga, Hatha Yoga, Iyengar Yoga, Jivamukti Yoga, Kripalu Yoga, Kundalini Yoga, Power Yoga, Sivananda, Viniyoga, Yin, Prenatal Yoga, and Restorative Yoga.

Yoga helps us in many ways. Practising yoga daily is very beneficial for everyone. Some of the benefits that yoga offers are it betters your flexibility, help you gain muscle strength, improves your posture, prevents joint breakdown, protects your spine, betters your bone health, increases your blood circulation, boosts immunity, drains your lymph, ups your heart rate, maintains normal blood pressure, and much more.

Yoga is safe when you are trained by a well-trained instructor. Beginners should avoid difficult techniques and extreme poses. Also, if anyone has an on-going medical condition such as glaucoma, sciatica, or high blood pressure, or if anyone is pregnant, they should talk to their trainers before practising yoga as they may need to avoid some poses.

If you want to learn yoga and get blessed with its merits, visit these best destinations — Kerala, Bangalore, Goa, Auroville, and Rishikesh which are perfect for a blissful and relaxing yoga retreat in India. These mindful and magical yoga destinations are perfect for the ultimate spiritual escapade in India.

A yoga retreat can help you fulfil all of your needs, increase your strength, and boost your metabolism. Some of the benefits that you can get from a yoga retreat are you can connect with nature, disconnect from technology, get trained from inspirational yoga teachers, stop overthinking, learn different yoga styles and postures, surround yourself with positive energy, deepen a yoga practice, improve health, and commit to healthy eating.

HIGHLIGHTS OF A YOGA RETREAT 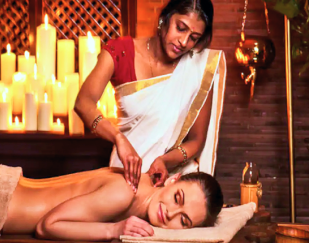 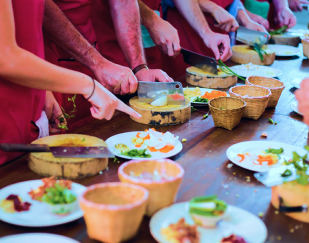 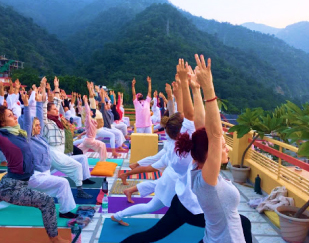 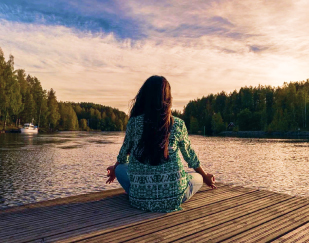 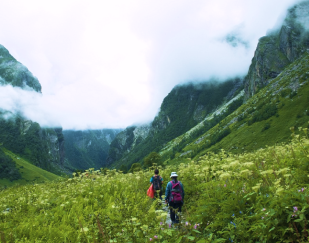 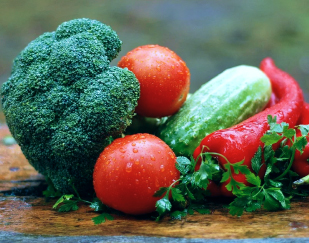 TOP PLACES FOR A YOGA RETREAT IN INDIA

With the best yoga tours in India, you can take a Kalari Kovilakom tour in Kerala. Fringed on one side by the majestic Western Ghat mountain ranges, the palace of the Vengunad Kingdom is restored and transformed into a resort and offers several Ayurveda treatment packages. Get to this place for a yoga programme that is conducted for a duration of 7 to 14 days and includes different massages, gym classes, meditation, and fitness sessions in the programme.

It is an ashram in India founded by Gurudev Sri Sri Ravi Shankar where you will be taught effective yoga postures and breathing techniques purely and joyfully amidst a beautiful garden with exotic flora and unending greenery.
Get stronger and grounded with the Sri Sri Yoga programme held at the ashram. The programme includes different yoga poses, meditation, and relaxation, yogic breathing, and learn about some of the fascinating facts about yoga during your programme. The programme is conducted for 7 days.

With all the luxurious amenities, it is one of the best yoga retreats in Goa. Consisting of three main Yoga shalas, you can go for a 7-days tour and calm your body and mind through meditation, chanting, karma yoga, and peaceful walks.

Go for a 14-day yoga programme in Auroville Retreat near Pondicherry where you can avail the best yoga programmes and also rejuvenate yourself with the best Ayurvedic oils and treatment by the experts.

For a truly serene experience, a tour of Himalayan Yog Ashram in Rishikesh is perfect, as it offers a host of yoga and meditation packages in India that are personalised by the best yoga teachers according to the needs of the individual. You can avail the yoga programme of 7 days that comes with several yoga postures, meditation, outdoor activities, and fitness sessions.

(Please note that this is just a sample itinerary.)

Here's a 7-days itinerary of a yoga retreat at Kalari Kovilakom in Kerala to give you an idea of a yoga tour in India.

Arrival at Kalari Kovilakom. Enjoy the authentic lunch. Start with your first yoga session in the evening.

Before your breakfast, there will be an early morning yoga and meditation session. In the evening, enjoy a massage treatment. Later, enjoy a musical or dance performance. Interact with the people at the retreat and have your dinner.

Start with a morning yoga session in their garden. After that, learn different forms of meditation at the retreat. In the evening, go for the next session of yoga along with a massage treatment.

Head for a bird watching tour and guided nature walk after your morning yoga and meditation practice. Post breakfast, spend some time near the ponds. Have your lunch and rest till your next practice session.

Your day starts with yoga and meditation sessions. After that, go for a nature walk tour. In the evening, get ready for the next session of yoga. Later, enjoy a cooking session with the head chef.

Your yoga retreat ends with the last yoga and meditation session. Have your breakfast and check out to fly back home to lead a healthy lifestyle.

Yoga Packages start from 7 days and can go up to 28 days. Price depends on the time of travel, duration of the retreat and also the property you choose. Please get in touch with us and we will be happy to offer you options to fit your budget and preferences.

Which are the top destinations for practicing yoga in India?

The top destinations in India for Yoga are Rishikesh, Goa, Kerala, Gokarna, Mysore, Auroville, and Pune.

What should you not wear while practicing yoga?

It’s best to avoid wearing shorts or ones that are super loose. When doing yoga, you must be free and able to move without any worries. A pair of fitted leggings in a sweat-wicking material works out best.

What type of food we should eat?

Sattvic diet should be followed. You must include fresh fruits, green leafy vegetables, nuts and grains in your diet.

India is a country where yoga was born. If you love yoga and want to deep dive into its philosophy, then you can visit some of these places in India like Bihar school, Iyengar Yoga Center, Purple Valley Yoga, and Bnsiyengar as they are top yoga teacher training institutes as well as yoga retreats. These are excellent yoga teacher training academy in India which can help you know about the various aspects of yoga-like asanas, yoga philosophy, and meditation at a higher level. The trainers in these centres are trained enough to help you learn different yoga poses and types of meditation to bring simplicity and harmony to your life.

Yoga is a perfect way to rejuvenate your mind and body. These refreshing yoga retreats are perfect for a wellness holiday. Take some time out of your hectic lives and come down to these wonderful retreats for some peace and tranquillity. Get in touch with us at +91 3340525777 to book your holiday to one of these yoga retreats in India now!